A BANHA DA COBRA AMERICANA?
ou?
How To Run Your Car On Water
(fonte: http://www.fueltrips.com/?hop=tomecom)

ATTENTION:
Water fuels are part fact and part fiction. Beware of fantastic claims. I have read of "magic powders" which claimed to turn water into gasoline.

Can you can run a car on water?
I have to say, well yes and no.

Look, if I wasn't the guy who did the research, put the plan in action, and saw it all happen with my own two eyes, there's no way I'd believe what happened.
It wouldn't surprise me if "Fueltrips" will be marked for life– a bane to the ever growing, rapidly expanding oil companies who proudly stand tall alongside federal agencies and using influence to further their gains and keeping true and honest backyard technology from the general public.
I don't mind this project being branded because its about time that somebody stand up against them. I will take on the challenge armed with the truth and that's what really matters the most. You just have got to hang in there and listen to the rest of the story........So let me put your mind at ease by pulling back the curtain right now and showing you exactly what happened. You'll hear about the amazing successes, the near fatal mistakes and everything in between.
First of all, I am not the inventor of some miraculous fuel saving gadget.
Sure, I've got a short history and a strong interest in this field. But in terms of my own story it all began with a "small" contribution of mine that hopefully helped regular people be empowered by the knowledge of what really works.
My first step into the world of alternative fuel was simplifying the art of making homemade biodiesel fuel.
It all started back in early 2006 when I released a very limited edition workshop that taught anyone how to make biodiesel. It cost very little
Up until that point the whole "Homemade Biodiesel" thing was just a theory I'd been kicking around in my head. I had no clue if it would work or if I had the tools to make it happen.

I have no formal education in automotive engineering.
I had a limited budget, so I couldn't make many mistakes.
My time was short due to other job related obligations.
I had never witnessed any sign of alternative fuel in my area.
And if that wasn't bad enough, the day before I was going to get started I did a bit more research on the internet. There were some who had quite a negative point of view about the whole process.
.75 Cents Per Gallon Is Possible

I'd already taught thousands of people about the benefits of biodiesel but what about the millions of people who constantly pay higher and higher gas prices.
Water Fuel Systems: Fact or Fiction?
I found the theory of a water fuel system to be totally fascinating and I was clearly not alone. It was an absolute international phenomenon.
The fuel cells are actually quite easy to build from supplies that can be found at your home or any hardware store in your area. There is no storing of any hydrogen fuel; it is a simple hydrogen-on-demand system that can installed directly into your engine.
After I had read more and more about water-fueled cars, more than I could stand, I knew they're was no other option. I told my friend ,who had been there since the beginning,
"We Should Just Try A Water Fuel System And See What Happens!"
We eventually chose to go with the C.S.A., the "collective system approach". A design that would incorporate the top water fuel process: Hydrogen On Demand, Electrolyzers, HHO Systems, Hydrogen Boosters, etc.. Provide an optional system for diesel owners by teaching them about how they can also make biodiesel. And showcase actionable steps that can be taken immediately to save anyone money on fuel.

Then came the birth of "Fueltrips", a collection of the most innovative alternative fuel and energy technology.


1.
MAKING YOUR OWN WATER FUEL SYSTEM - Including Real Life Examples from actual users.
HHO system plans
Works on gas or diesel engines
Building an electrolyzer fuel cell
Reports of up to 65% improvement in mileage
IRS write-offs for "green" fuel systems
Boost your engine power and performance
Get cleaner emissions
Replicate the system for fun or profit
Installation and optimization instructions
Equipment directory for various systems

2.
THE ESSENTIAL HOME BIODIESEL KIT- Learn To Make Biodiesel in a cost effective manner.
Audio beginner's course to determine personal feasibility
Advance lesson in creating a home biodiesel fuel station
Biodiesel reduces engine wear by as much as one half
Equipment directory for serious fuel makers
Biodiesel is non-toxic and biodegradable
Making soaps and candles from biodiesel byproduct
Results in a 78.5% reduction of carbon dioxide emissions

3.
PRACTICAL EVERYDAY FUELSAVERS - Apply Proven Fuel Saving Techniques immediately.
Exclusive fuel savings audio course
Determine your accurate MPG
The essential steps to boost your fuel economy
Forgotten tactics that remain effective
How to find the cheapest gas anywhere
Honest to goodness techniques that work instantly
Reduce our dependence on foreign oil
That is just a small taste of what will be revealed in this exclusive series. After registering you'll receive instant access to all of this and more immediately.
Stop Throwing Away Money On Fuel Everyday
If you drive a vehicle that gets 20 miles per gallon and you drive 2,000 miles per month, then you're consuming 100 gallons of gasoline a month. At $3 per gallon that would be $3,600 every year. In some locations $3 per gallon would be a deal so the cost is sometimes more. Also take into account families that have more than one car. That cost would double or triple. Ok, so that's your situation now. Let's look at what happens when you take action.
By saving just 35% on fuel that would be a minimum of $1,260 a year in savings. There have been reports of up to 50% increase in fuel economy. A 50% increase would result in $1,800 in savings per year.
“How Much Is This Going to Cost Me?”
You need to be willing to invest only $67.25 to reserve your spot and gain access to this limited release launch. This fee covers the time in putting all this together for you, plus it ensures that only serious people apply. You will also become a member of Fueltrips for no additional fee.
By putting just part of the system in action you would have a return on this small investment many times over.
The content will be delivered to you directly online - if your computer can view this site then you can read, view or listen to this information using your computer.
The $67.25 is a one time fee. Any and all additional updates, videos or books will be available to the "early birds" for free. When this system is released to the general public it will be going for well over $100. There are similar systems for as much as $700.
There is already a waiting list in the thousands, and many willing to pay more than asked. This is not a huge corporation; I plan on releasing this to only as many we can serve properly.
As long as you're committed, you simply CANNOT lose.
Publicada por DeCarvalho à(s) sexta-feira, junho 13, 2008 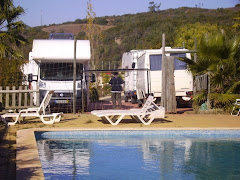 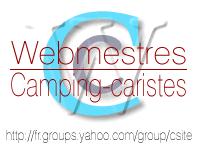